Becoming A More Beautiful Version of Yourself

Some Info On Breast Augmentation And What It Can Do

Breast augmentation is a surgical procedure in which a prosthesis known as a breast implant is placed in one or both breasts to improve the appearance of a person's breasts. The implants can change the size and shape of their breasts, and this is done for any number of reasons from a person's dislike of their breasts to the reconstruction of someone's breasts after a mastectomy. You will learn more about breast augmentation here:

One of the most common reasons people get breast augmentation is because they want their breasts to be bigger than what they are. They may have what would be considered by most to be very small breasts. This can be a problem because the size of their breasts can make them self-conscious. However, breasts that are very small can make it more difficult for a person to find certain types of blouses, dresses, and swimwear that fit them nicely. Also, very small breasts on a person whose lower features are larger can make them look bottom-heavy.

Breast augmentation is also done a lot to even breasts out

While it is normal for someone to have breasts of different sizes, it's also true that in most cases this isn't problematic. When a person has one breast that is quite a bit larger than the other, it can cause a number of problems. For one thing, when it is noticeable to everyone, it can cause someone to become very self-conscious about the way they look. Also, when someone's breasts are different sizes, purchasing clothing items like bras and swimwear is very difficult because pieces that fit one breast fine won't fit the other. Breast augmentation can be done to make the breasts the same size.

Many things can cause breasts to sag and/or become deflated. Weight loss is a big reason why many people find their breasts sagging and deflated. Pregnancy and childbirth can also cause these issues. Age is another thing that catches up to people and leaves them with sagging breasts eventually. No matter what has caused this, breast augmentation is the answer to giving someone lifted, perky, and full breasts. 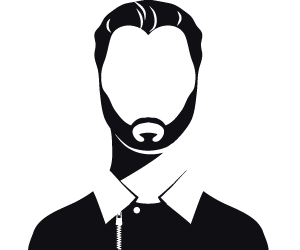 You might love that pixie haircut or those daring eyes, but how do you feel about the shape of your nose? If you have physical features that you have never been a fan of, you don't have to let them dictate how you feel about yourself. Instead of struggling with your appearance, take the time to think about changing a few things with the help of cosmetic surgery. By working with a skilled doctor, you might be able to take your look to a new dimension--without spending more than you need to. This blog is dedicated to helping you to become a more beautiful version of yourself, so that you can stay confident.